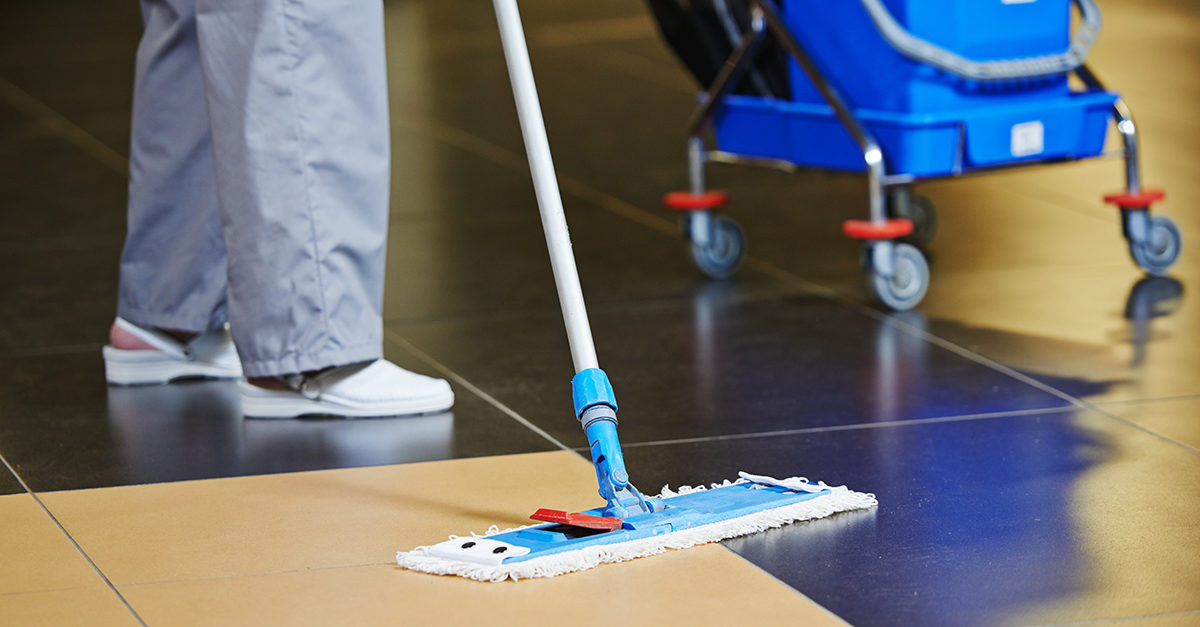 Thomas W. Stewart sparked the first wave of change in floor cleaning when he patented the string mop in 1893. His invention allowed floor cleaners to rise from their hands and knees to a standing position.

The string mop was so successful it became the paradigm for floor care for the next 100 years. Adjunct equipment such as a rolling bucket with mop wringer, a deep sink for emptying the mop bucket, and a custodian’s closet on every facility floor soon followed to assist the new moping process.